At 68 years and with a career as a senior administrator for the Local Authority, Jacky was diagnosed with motor neurone disease (MND).

“It took quite sometime for the diagnosis, as initially I had pain in left upper arm. My physio was concerned and referred me to a neurologist. After my diagnosis, it was then that I started to have several falls, but at this stage I was still quite mobile and could get around quite well. However, within a relatively short period of time, the MND was progressing, which seemed quite rapid to me and it was at this point, that I made contact with Live In Carers Direct. I was quire depressed and although I knew about carers assisting in your own home during the day, I was unaware of live-in care. Live In Carers Direct visited me in my own home and explained the whole process in great detail and I could see that this was a positive way forward to assist me with day to day living and also be there for companionship. When they visited, although I was asked a great deal of questions about me as a person, my likes, dislikes etc, it was very informative. Very quickly they came back to me with a comprehensive list of four or five carers. I must say, I liked what information I was provided with on all of them, but after discussions, I met with three and I was really overwhelmed that they seemed such a good match. They all had differing personalities, as you would expect but I had to make the decision on two of them to rotate every couple of weeks”.

‘It all worked out incredibly well. They took me out regularly, as I loved the fresh air and wanted to still visit friends even though the MND made me anxious about the future’. As my MND progressed further, both carers were my rock and without them I would have found life more challenging than it actually was. My mobility was becoming increasingly difficult and I began to lose weight so my specialist nurse, together with the hospice advised that I had a PEG (feeding tube) fitted. The carers supported me in feeding and still managed to take me out to see friends. We have some lovely times together and they make me regularly laugh which I need as it could be easier to just stay in bed and do nothing’. 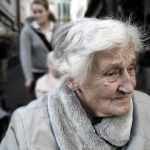